9/16/2016, WUWM Milwaukee Public Radio – Gov. Scott Walker is drawing sharp criticism for his plan to delay highway projects, including the Zoo Interchange in Milwaukee. In the past, the governor has hailed the interchange as key to state businesses that transport products throughout the region.

Walker mentioned MillerCoors in his 2013 State of the State address. “MillerCoors is in a hyper-competitive industry. They’re looking to find a competitive advantage: who can get a cold beer on a bar in Madison or Green Bay or even Chicago, the fastest.  Beer trucks are tied up in the Zoo Interchange? The MillerCoors brewery here in Wisconsin is at a disadvantage,” Walker said.

Now Walker wants to put off the project’s completion for two years because he does not want to raise taxes or fees.

Work has been underway for a couple years and its completion is slated for 2020. But Walker announced this week that he wants to push back the end date to 2022. He says the delay – among others — would allow him to increase funding for local roads and bridges, while holding the line on spending in his next biennial budget.

“Good roads and bridges are crucial for Wisconsin’s economy, businesses and citizens, and this budget proposal proves you don’t have to raise taxes or fees to maintain a safe and strong transportation network,” Walker says.

The Zoo Interchange delay would affect thousands of drivers already weary of lane back-ups and detours. 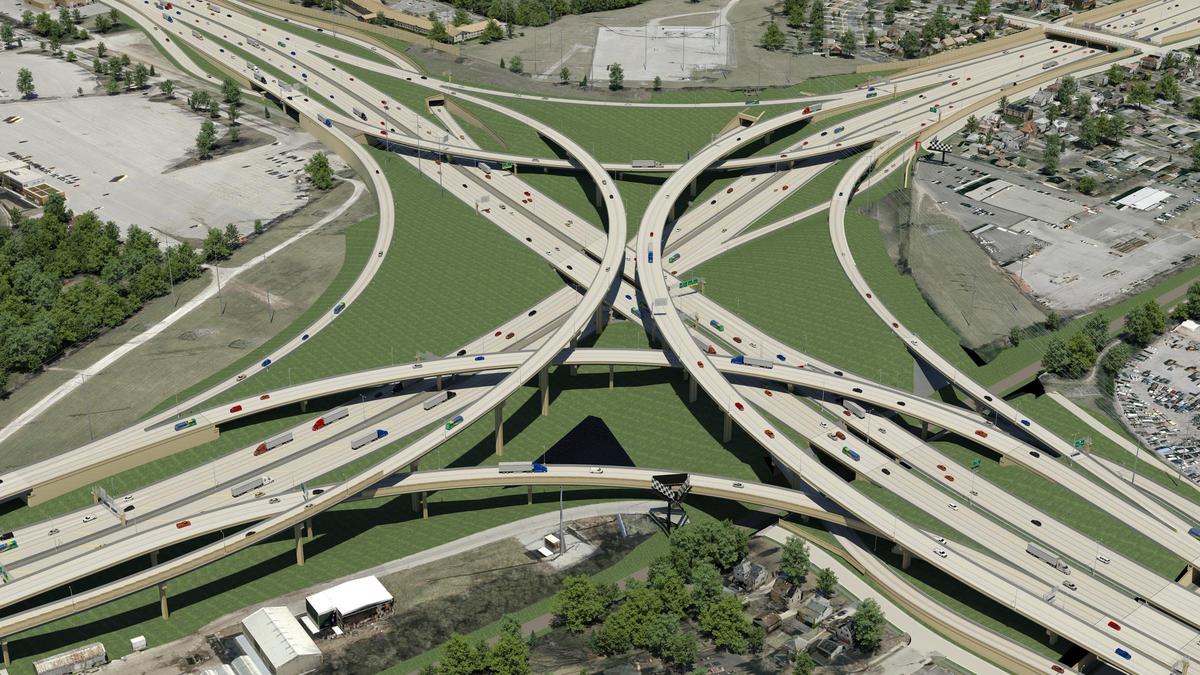 A rendering of the Zoo Interchange plan.
CREDIT WISCONSIN DEPARTMENT OF TRANSPORTATION

“The Zoo Interchange carries over 300,000 vehicles — autos and trucks — on an average weekday, and is likely the busiest in the state of Wisconsin,” Ken Yunker says. He’s with the Southeastern Wisconsin Regional Planning Commission, or SEWRPC.

Walker’s administration is trying to put the proposal in perspective. The Department of Transportation says core work on the Zoo Interchange would be completed, as planned, in 2020. Only the “north leg” — highways 41 and 45, from Watertown Plank to Burleigh — would take an extra two years.

Murphy says it’s forced drivers off the highways and onto local roads. “When you have a lot of congestion, you’re going to have situations where traffic then unfortunately gets off the freeway and becomes a problem on local residential streets,” he says.

Murphy says some of those drivers make neighborhoods unsafe by speeding and ignoring stop signs.

Yet Brookfield Republican Rep. Rob Hutton defends Walker for limiting spending in the next budget. “I would applaud the governor (for) taking that perspective and I think it would be well-served for all the Legislature to be looking to that end, as well,” he says.

Hutton says legislators should closely examine the entire transportation budget when they get their crack at it.

“I think we have a lot more due diligence that we need to be doing, in terms of how can we more frugally operate and function within DOT. How can we do better in terms of prioritizing our projects and the infrastructure needs that we have, and what ways can we do more with less. I think we need to have far more of that discussion,” Hutton says.

The reality Wisconsin faces, according to Ken Yunker of SEWRPC, is that some freeways are nearing the end of their useful life. So he wonders whether delays now will bump into other looming construction needs.

“The freeway system in southeastern Wisconsin was largely built in the late 1960s, early 1970s. And we face a need to rebuild not just the Zoo Interchange, but the entire freeway system,” he says.

Yunker says Wisconsin needs a sound plan to rebuild its system before it wears out.