See links to poll documents below.

[Madison…] When it comes to resolving the budget impasse and building important infrastructure projects in Wisconsin, residents overwhelmingly want policymakers to “Just Fix It.”

A statewide poll reveals transportation investment has near universal support with 99% of the respondents indicating that Wisconsin’s roads, bridges and public transportation are either “very important” or “somewhat important” to economic development and job growth. And voters are tired of continued delays.

“People are not happy with the status quo, and they certainly don’t want projects left half done,” said Thompson. “Yet, the Governor’s budget takes what was an already inadequate amount of money to complete the reconstruction of our southeast freeways in a timely manner and actually reduces that budget by almost $300 million. According to a Legislative Fiscal Bureau memo released last week, it will take 70 years to complete the rebuild of these antiquated interstates assuming the funding level proposed by the Governor. And that alarming schedule is without taking inflation into consideration.”

Other key findings of the poll include:

Thompson said the public is thirsting for leadership and long-term vision.

“Delaying projects, or simply borrowing more to push the problem off for two more years is not what Wisconsinites are asking for,” Thompson said. “The public is smart enough to know that we can’t solve our significant transportation problems in Eau Claire or Tomahawk by delaying, yet again, the reconstruction of critical interstates in Southeast Wisconsin.” 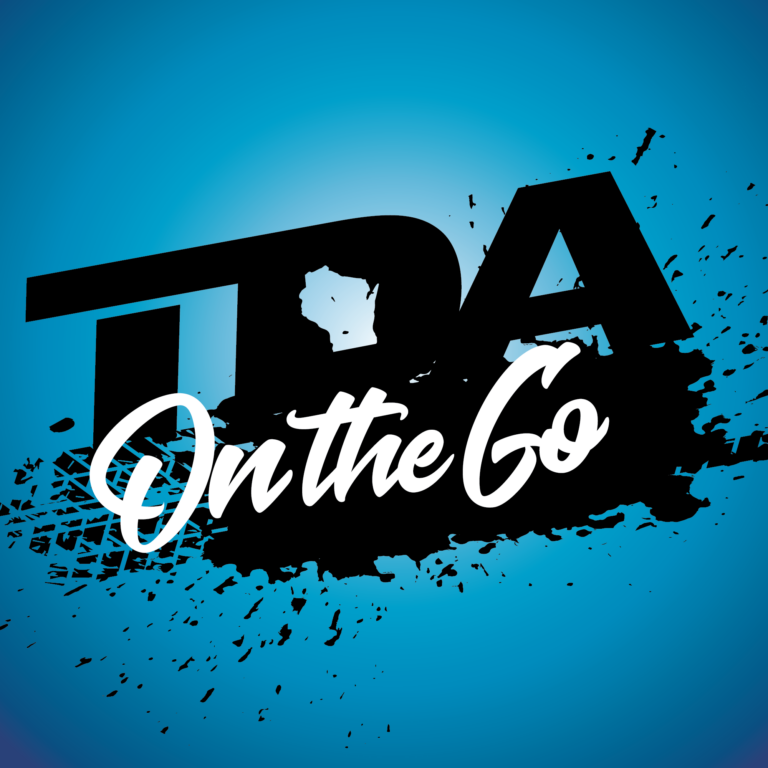 TDA: On The Go Podcast

The Canadian Pacific (CP) Holiday Train returns with its approximately 170 free, in-person shows after being virtual in 2020 and 2021. The train will roll through Wisconsin from December 8th through the 10th. This holiday tradition dates back to 1999 and brings live, family-friendly music to large and small communities along the CP system. Each year, the Holiday Train raises money, food, and awareness to address the issue of food insecurity. CP makes a donation within each community where the Holiday Train stops and asks attendees to bring a cash or non-perishable food donation if they’re able.

Andy Cummings, a spokesman for Canadian Pacific Railway, speaks with TDA’s Debby Jackson on the latest On The Go podcast about the exciting return of the in-person CP Holiday Train and the holiday magic this train brings to the cities and towns along the route.